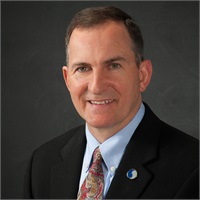 Mike began his career working as an accountant for a respected CPA firm near Cleveland, Ohio.  He moved to Virginia in 1990 and completed the Army Officer Basic Course at Fort Lee as a Second Lieutenant.  Afterward, Mike worked as an accountant for the Virginia Lottery where he was promoted to Senior Accountant and then Investment Manager.

As a child, Mike had a strong interest in the stock market. His mother and late grandfather supported his interest, letting him check out stock market books from the library and watching “Wall $treet Week with Louis Rukeyser” on public television.  With the help of his mother, Mike purchased his first shares of stock in Ohio Edison on his eleventh birthday.

Mike started his own CPA firm in 1994 in Glen Allen, VA on a part-time basis, devoting evenings and weekends to growing the firm.  The firm incorporated as Michael R. Anliker, CPA, P.C. in 1996.

As his CPA firm grew, Mike was excited by the idea of being able to help clients with financial planning and investments while integrating his tax knowledge.  He became insurance licensed and securities registered in 1999 in order to provide clients with complete financial services. For regulatory purposes, the firm was required to be a separate entity which became known as Anliker Financial Management LLC.

In 2005, he obtained his CERTIFIED FINANCIAL PLANNERTM certification - accredited by the Certified Financial Planning Board of Standards, Inc.  As an Investment Adviser Representative with Cetera Investment Advisers LLC, Mike works with clients in retirement planning and wealth preservation.

In 2010, as an active Virginia Army National Guardsman, Mike was called to serve this great country on federal active duty.  He successfully served a one year deployment with the 29th Infantry Division partnered with NATO forces in Kabul, Afghanistan. His wife Kristin, also a CPA and securities registered successfully managed the firm and family while he was overseas. Mike retired from the Army in the summer of 2015 at the rank of Lieutenant Colonel with thirty one years of service.

Mike has a Bachelor of Science in Accounting from the University of Akron.  He is a member of the Virginia Society of Certified Public Accountants.

He enjoys running local races from 5Ks to half-marathons with his wife and sons.

Click here to learn more about a Certified Financial PlannerTM